This summer, the Ames Stradivari violin was found after 35 years. Owned by Roman Totenberg, a teacher and virtuoso who worked with Igor Stravinsky, Aaron Copland, Leopold Stokowski, and Arthur Rubinstein, the violin was stolen after one of Totenberg’s concerts in 1980. Roman always hoped that one day it would be found. He purchased a beautiful Guarneri violin, but in his heart it never took the place of the stolen Stradivari. Totenberg died in 2012 at the age of 101. Towards the end of his life, Rare Violins of NY looked after his Guarneri, which was eventually sold for his estate. The original documents for his Stradivari, and a collection of bridges made for the violin, remained in safekeeping in the RVNY vault, as Roman always held out hope that one day the instrument would be found. With the recovery of the instrument complete, the violin is now at Rare Violins of New York awaiting the start of its restoration. It is a magnificent violin in remarkably good condition. While there are no structural issues, it will be given the attention it was neglected over the years. Totenberg is survived by his three daughters, who look forward to hearing the violin on the concert stage again. The links below provide further background with regards to this story.

The Strad: Stolen ‘Ames’ Stradivarius violin is recovered after 35 years 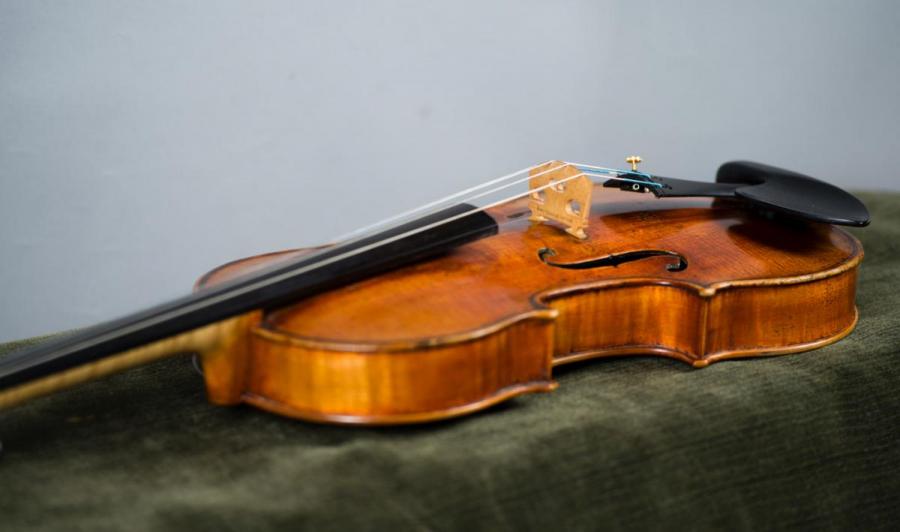