History of the "AMES, TOTENBERG" Stradivari 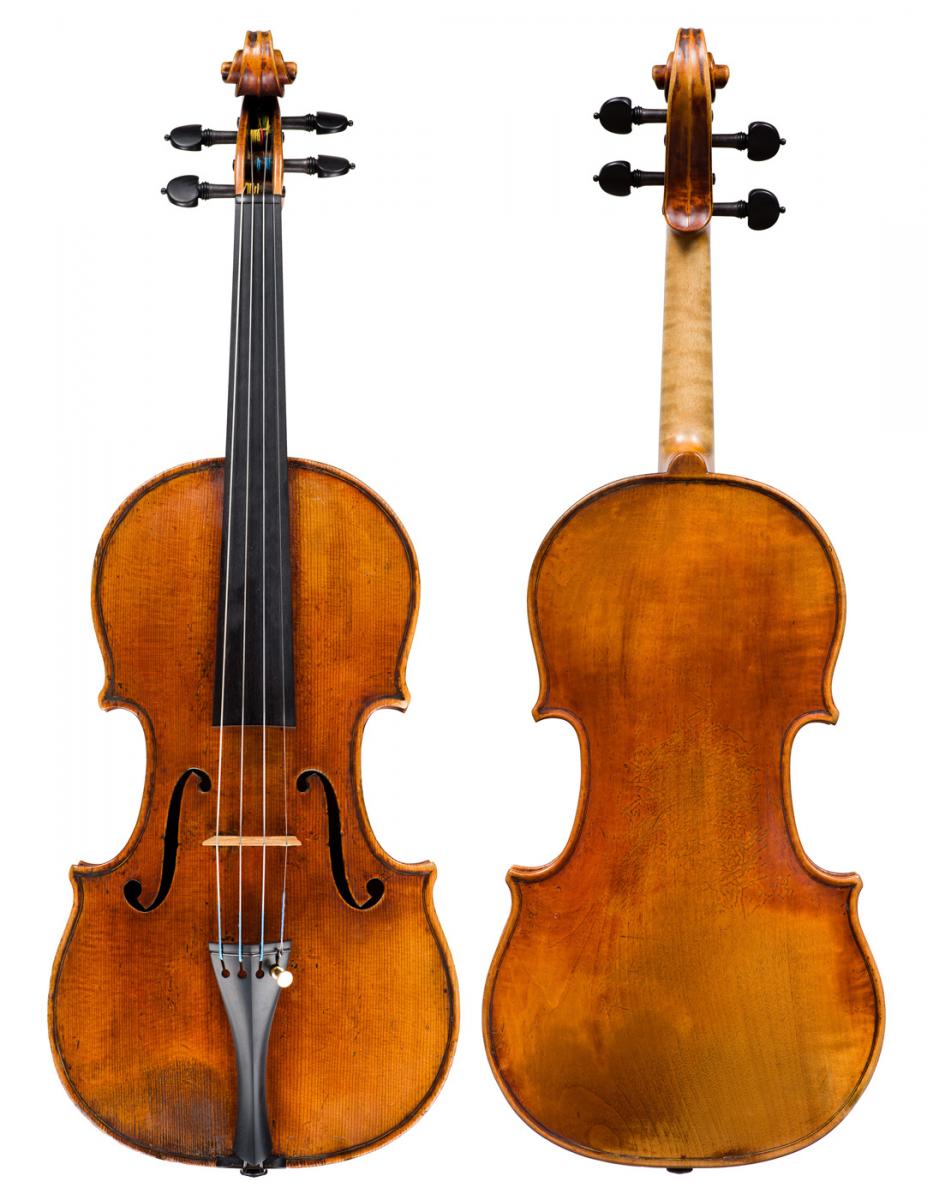 The earliest record of the violin’s history indicates that it was first owned by General Lamorliere who reportedly sold it to Baron de Tremont. Presumably this Baron de Tremont was the French nobleman, Louis-Philippe-Joseph Girod de Vienney (1779-1852), an amateur violinist and patron of the arts who had met Beethoven and was a friend of Berlioz. His musical soirees attracted the finest musicians of the day including Frederic Chopin.

In 1870 the Stradivari was in the possession of a professional violinist named Hermann in Paris. It was subsequently purchased by the firm of Gand & Bernardel of Paris in 1879 and sold to an English amateur, Caspar Gottlieb Meier (1837 – 1915) for £480. Meier, who is mentioned in the Hill & Sons’ book on Stradivari, was a well-known collector who purchased five Stradivari violins and a cello from Gand and Bernardel. Meier sold the violin to George Hart who subsequently passed it on to George Ames in 1886.

George Ames (1827 – 1893) belonged to a well-known family of bankers and ship-owners from Bristol in the west of England. He was a talented violinist and pupil of Bernhard Molique. He met his wife in Dresden where he’d gone to study. She was the eldest daughter of Alexander von Hanstein, Count von Poelzig of Saxe-Altenberg, and step-brother of Prince Albert, the husband of Queen Victoria. Ames owned the Stradivari for just the last seven years of his life. 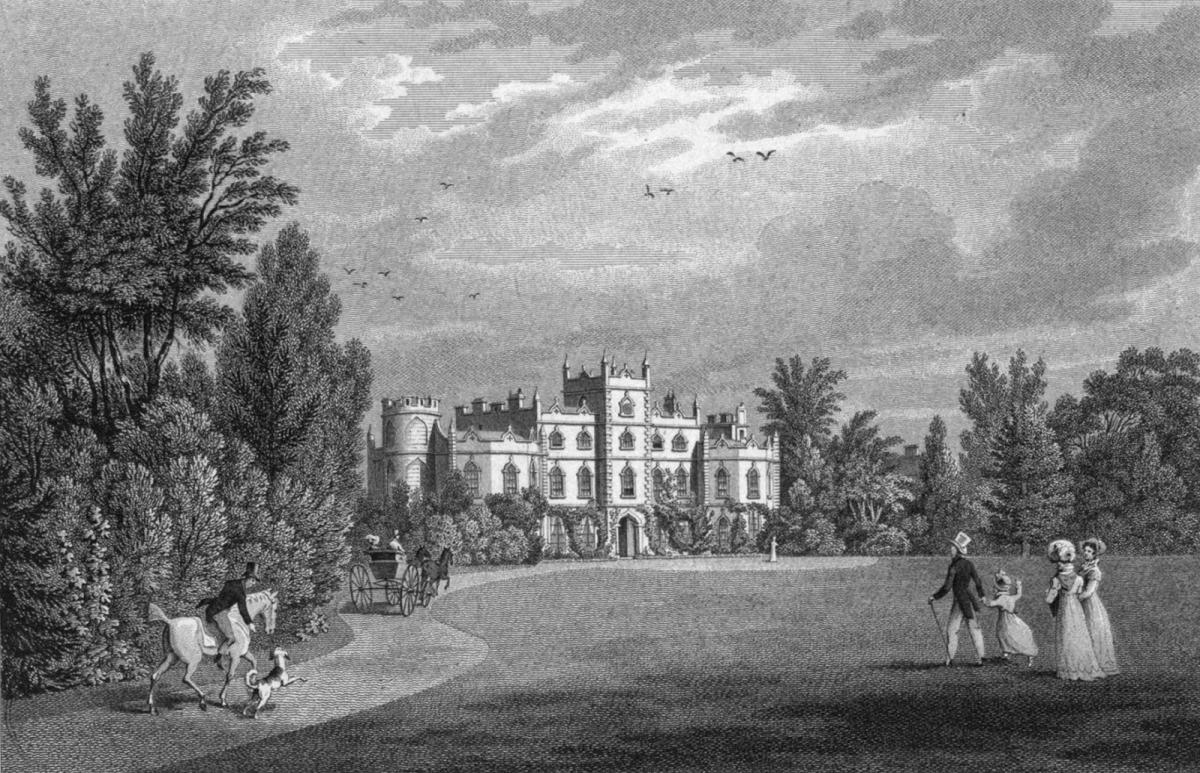 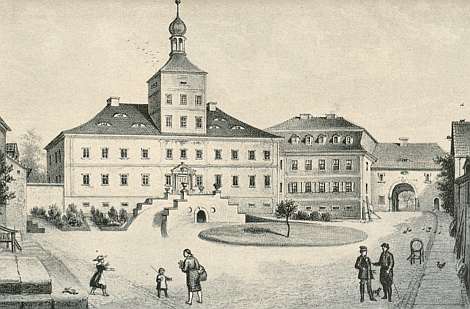 After the death of George Ames in 1893 the Stradivari was put up for sale at the auction house of Puttick & Simpson. It was unquestionably the focal point of the sale which included lots from one of the most important collectors of the day, Mr. Richard Bennet. The violin was purchased by Hill & Sons for £840. 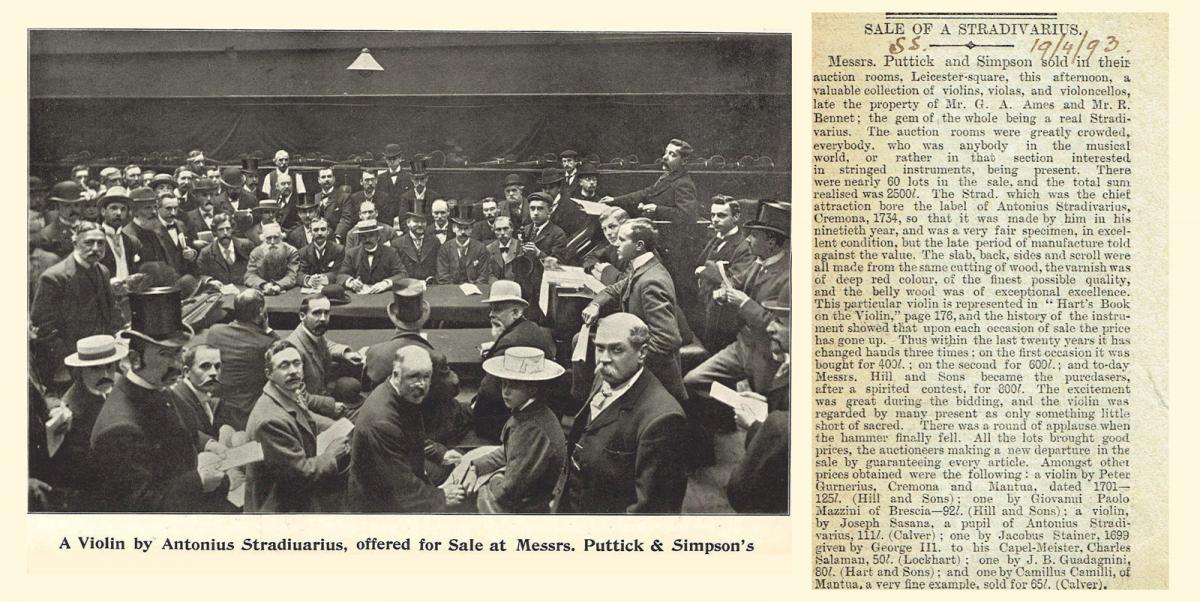 The private diaries of the Hill family reveal a serious conviction of the firm to acquire the very finest examples of the top makers whenever possible, so as to secure them and insure their safety. Over the next 17 years Hill sold and repurchased this violin three times, firstly to Pickering Phipps III (1861 – 1937), whose family were politicians and owners of a brewery in Northampton. The Stradivari belonged to Phipps at the time of the publication of the Hill Book in 1902. The violin was purchased back by Hill in 1905 and sold in the same year to a Mr. von Donop. He later traded it back to Hill who sold it once again, this time to Mr. D. T. Brown of Liverpool. He kept the violin until the Hills repurchased it in 1910.

Later that year the Stradivari was sold to Emil Hamma of Stuttgart who immediately passed it on to Ernst Kessler of Berlin. Several years later Alfred Hill tried unsuccessfully to buy it back. Kessler instead sold it to another Berlin dealer Emil Herrmann and certified the “Ames”, as it was now being called, in July 1916. The economic pull of the United States which had already drawn so many great works of art out of Europe, finally brought the Stradivari to New York in 1924 where Emil Herrmann opened a new shop next to Carnegie Hall on West 57th Street.

Herrmann sold the violin to Mr. Leslie W. Brown (1862–1941) of Utica, NY in February 1925. Leslie Brown was a fine amateur violinist who in 1884 had entered his father’s cigar-making firm of L. Warnick Tobacco. As an exceedingly successful businessman Leslie Brown also became the Director of the First National Bank of Utica. It was to Leslie Brown that Alfred Hill wrote his certificate and letter in 1936.

In 1943, the “Ames” Stradivari was sold from the Estate of Leslie W. Brown by The Rudolph Wurlitzer Company. It was purchased by the family of Melanie Totenberg for her husband, the renowned violinist Roman Totenberg (1911–2012). An accompanying letter from Rembert Wurlitzer dated October 22, 1943 gives clear evidence of the virtually non-existent violin market during the Second World War. Wurlitzer explains that Brown had paid in excess of $30,000 when he bought it in 1925 and that they had now been hoping for a sale price of $25,000 for the estate. Instead the violin sold for $15,000. It wasn’t until the ownership was fully transferred to Roman Totenberg in December 1960 that Rembert Wurlitzer reassessed the value of the “Ames” to be $25,000. 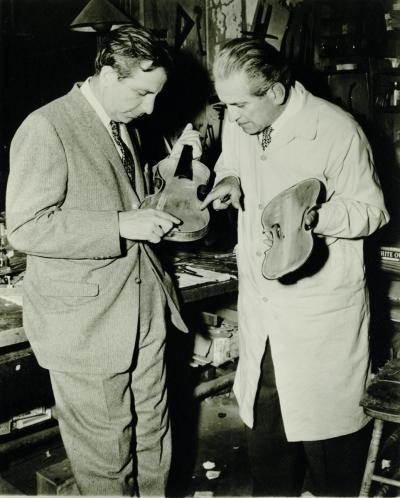 Totenberg’s solo career brought performances with all the leading orchestras including the Amsterdam Concertgebouw, Berlin Philharmonic and London Philharmonic in Europe as well as the Chicago Symphony, Boston Symphony, Los Angeles Philharmonic, New York Philharmonic and Cleveland Orchestra in the U.S. He collaborated with many luminary conductors including Jochum, Kubelik, Monteux, Stokowski and Szell and gave recitals with the likes of Arthur Rubinstein and Karol Szymanowski. He was a founding member of the Alma Trio and his performing and teaching was highly sought after by the most prestigious schools and festivals. 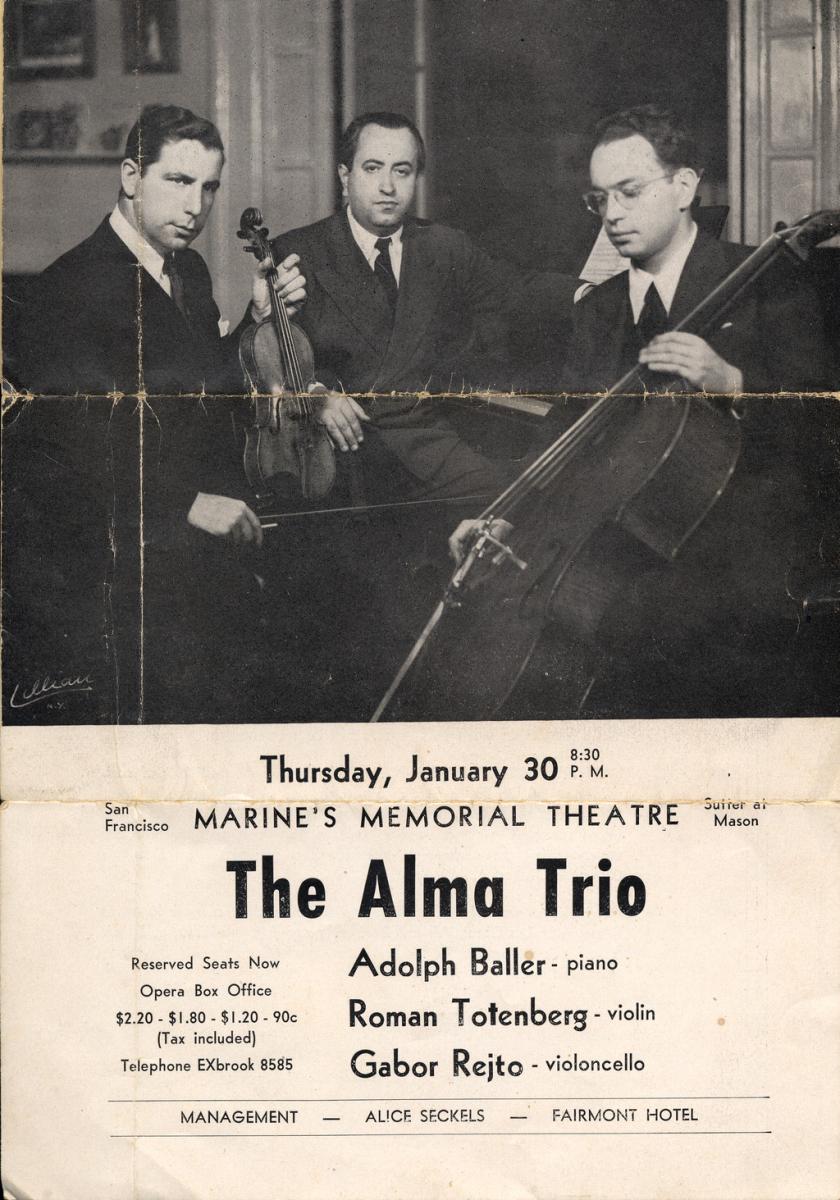 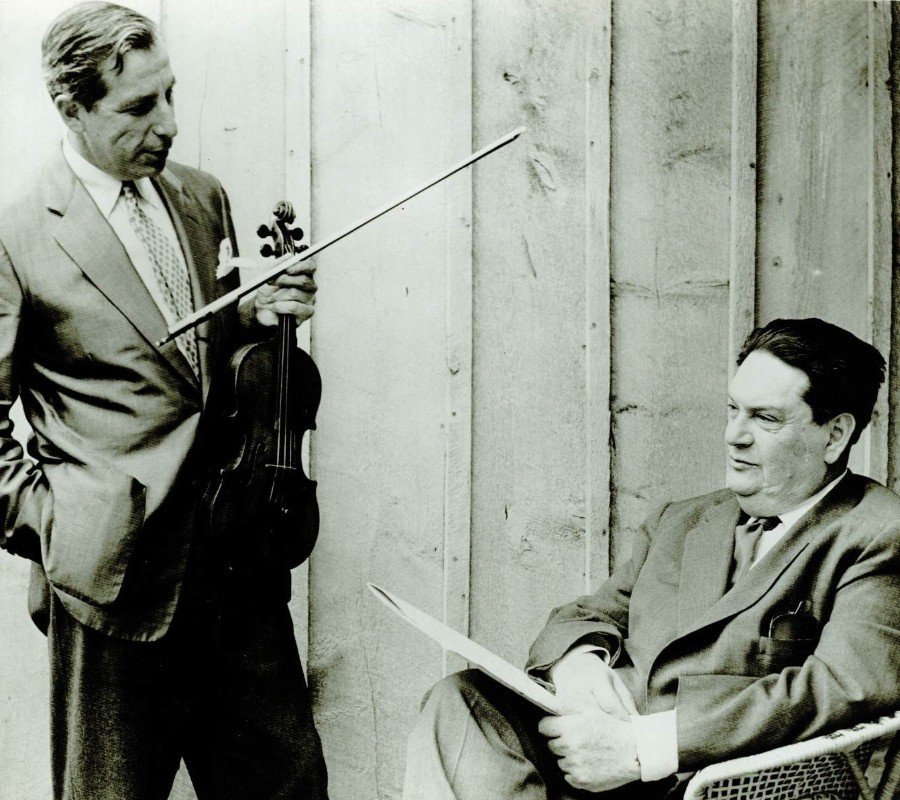 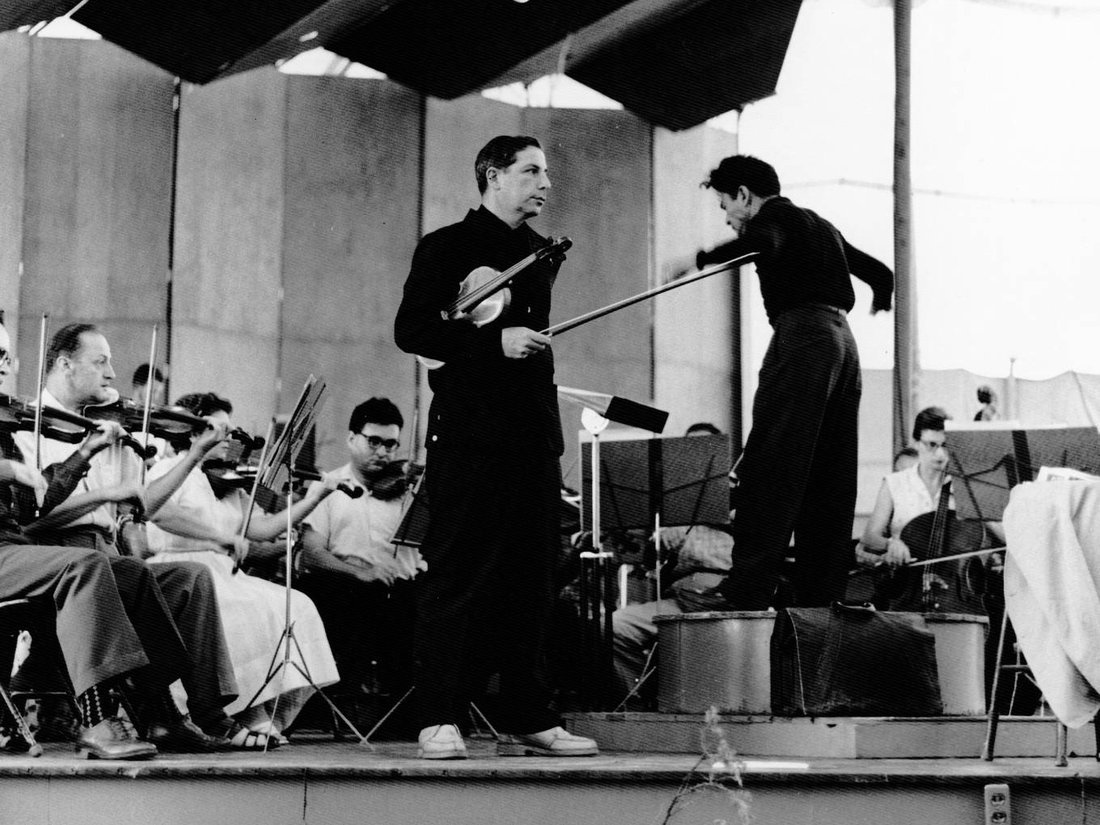 The Stradivari violin was Roman Totenberg’s close companion during the height of his career, touring the world and recording extensively. But on May 13, 1980, after a concert he gave at the Longy School of Music in Cambridge, Mass., the violin was stolen from his office.

The thief, Philip Johnson, had been a former student of Joseph Silverstein at Boston University. Totenberg was the head of the String Department at BU at the time and heard Johnson play twice a year for juries. Silverstein recalled that no one on the faculty liked the young man or gave him any chance of making a career. There had been discussions for years whether to keep him at the hool. Ironically, the only person who stood up for him was Totenberg. In 1978 Totenberg became the Director of the Longy School and the following Spring Johnson was expelled from BU. Prior to that fateful evening Johnson had been seen loitering near Totenberg’s room. It was all the more suspicious because people knew that he had no respect for Totenberg, or anyone else for that matter, and had been heard commenting that Totenberg didn’t deserve to have such a nice violin. Johnson was the only suspect but the

police felt that there was not enough evidence to search his apartment. Had they done so the mystery and agony of the next 35 years would have been avoided.

Johnson moved to New York and spent a few months in Pennsylvania before moving to Venezuela for several years. He was back in the U.S. in the late 1980s and early 1990s, and eventually married and settled down in California. His wife supported him while his life in music continued to fail. They separated in 2005 and were divorced in 2008. Johnson died of cancer in 2011, aged 58. His ex-wife had no idea that in a locked case among the violins at his home, was a Stradivari. Four years went by before she discovered it. Meanwhile, Totenberg passed away in 2012, three years before the violin was recovered.

The thief had kept the violin hidden from anyone that might recognize its quality. He had maintained it himself and used inappropriate glues to close seams and repair edges. But miraculously, he did nothing to permanently harm the violin or devalue it in any way. Returning the violin to top playing condition was time consuming only due to the care required, and the delicacy of the cleaning process.

In July 2015 the title and legal ownership of the Stradivari was transferred back to the Totenberg family. A concert to celebrate its return to the stage took place in New York on March 13, 2017 featuring a favorite student of Totenberg, Mira Wang. 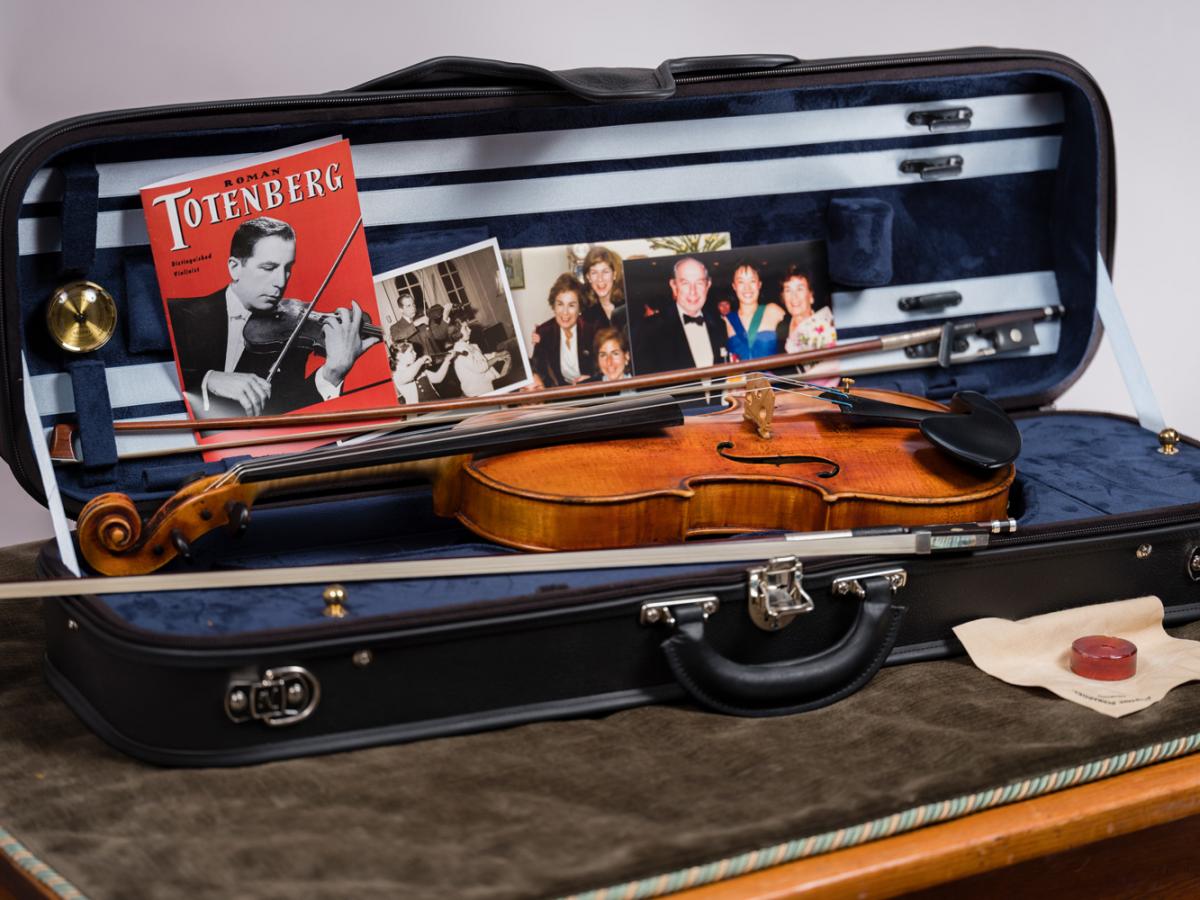