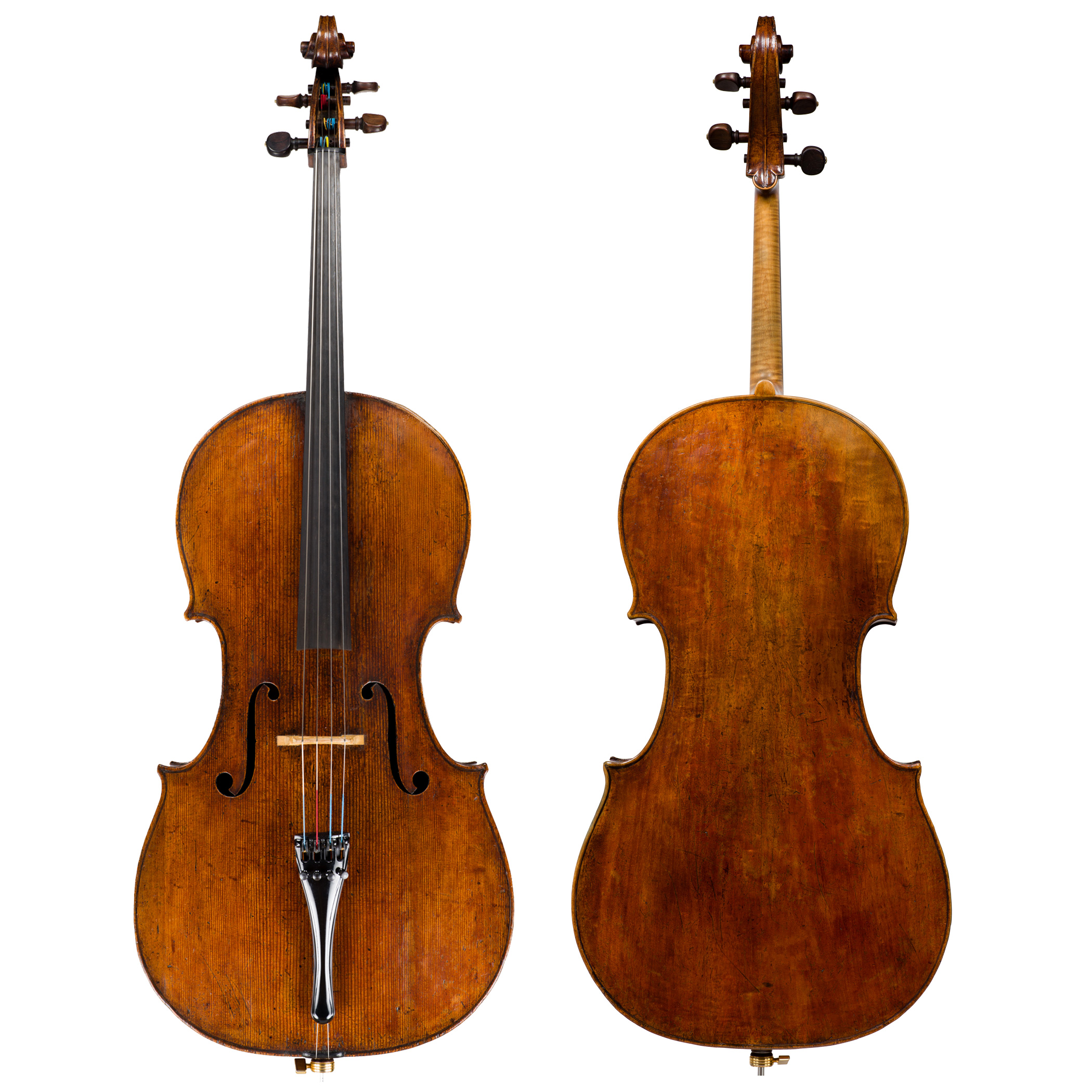 The monumental publication by W. E. Hill and Sons of London in 1902 entitled “Antonio Stradivari. His Life and Work (1644-1737)” remains to this day the authoritative word on the great Cremonese master. Writing about Stradivari’s cellos they state:

“The excellence of Stradivari’s violoncellos is even more remarkable than that of his other productions; in fact, we can unhesitatingly say that his finest examples stand without rivals……… He fixed once and for all the standard proportions and dimensions of the violoncello……….”

Barely a handful of makers prior to 1700 experimented with a smaller model of cello, seeing the need for a more practical instrument that could be used for the increasingly challenging music that was being written. Up to this date the role of the cello had been as accompaniment, mostly providing the bass line in church music. The pattern that Stradivari created around 1707 known as his “forma B” was to become the ideal model for both players and makers. The Hills, listing the twenty known examples of Stradivari cellos made on this definitive model note the “M. Fau, ex Castelbarco” as one of the first.

This cello, known as the second “Castelbarco”, marks the departure by Stradivari from the old “church-bass” model. The instrument gets its name from its owner in the 19th century, Count Cesare di Castelbarco who was one of the foremost patrons of music in Milan. He owned several quartets of instruments as well as five violins, one viola and two cellos by Antonio Stradivari. Both cellos are labeled 1697, though only the first, of large proportions is from that year. The second, the “forma B” model was actually made between 1707 and 1710. It was always acknowledged as being the better sounding and has consequently seen much concert use.

After Count Castelbarco’s death in 1860 his instruments were sent to London to be sold at auction by Puttick and Simpson. Jean-Baptiste Vuillaume came from Paris to select the finest specimens of the collection, and acquired the two Stradivari cellos which he promptly resold. The second cello was acquired by Mr. Eugène Fau, a French amateur and well known collector. It remained in his family until about 1940 when it came into the possession of Alfred Vidoudez of Geneva. Vidoudez published a booklet about this cello containing photographs and a reproduction of the hand-written letter from July 1863 by J. B. Vuillaume. The cello was later purchased by Werro of Berne and was taken to England in 1959 from where it was acquired by Aurora Natola Ginastera. She performed on the cello for over 40 years and sold it towards the end of her life to a collector in New York.

The Castelbarco is a magnificent concert instrument with a full, rich, captivating sound. It is powerful, yet has such complexity of sound that the listener is lured into a tonal world that is both unique and memorable. It is one of only three cellos that Stradivari made on the “forma B” utilizing poplar as his choice of wood for the back. This would account for its especially rich sonority, though many still prefer to support the age-old mystique that the magic is in its plentiful plum-red varnish of unsurpassed quality. 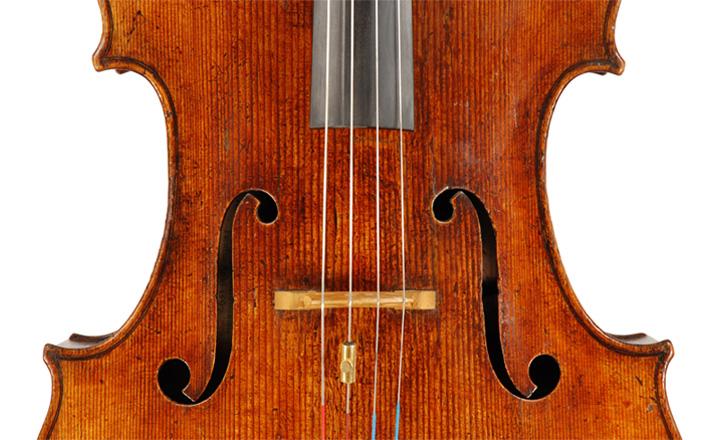 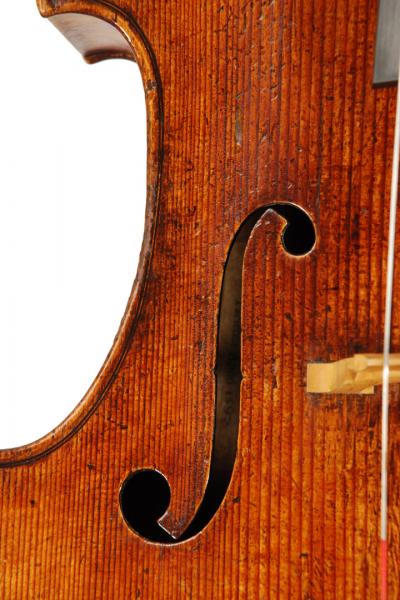 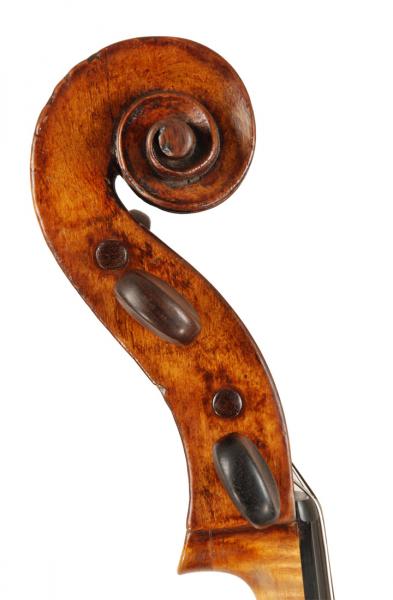